Personal fun fact:
I love doing adventure runs and have participated in at least one run every year since 2014 (until the pandemic hit…)

Originally coming from Germany, I moved to the beautiful city of Ghent in late 2019 and live here together with my partner and hopefully a dog soon.

I’m currently writing my Master’s thesis about an “intelligent image editor” based on Generative Adversarial Networks. It’s a proof of concept for a tool that allows you to change one image into another with a textual command. (e.g. you upload an image of a blue bird and type the sentence “the bird is red” – the editor is supposed to change the colour of the bird from blue to red).

I’m finishing up my Master’s thesis but I can gladly announce that I’ll be joining ML6 in June this year as a Machine Learning Engineer!

Currently my days mainly contain cleaning up the code of my project, documenting everything properly and writing up the progress. Not much different from writing a scientific article in most fields! As a Machine Learning Engineer at ML6, I’ll probably be working on real-life problems and write Machine Learning solutions together with colleagues for a customer.

Can you give an example of the work that’s being done at ML6?

ML6 has for example developed an auto-edited live-stream software for sports which detects the players and their teams, the referee and the ball such that it can switch between key-events more efficiently that a human live-stream editor does. The company has also worked on the prediction of the lifetime of projector lamps to help monitor the wear-and-tear for more optimal maintenance, they optimised battery life in motorcycles and have worked on the automatisation of agricultural machines.

What interests me personally most are ML6’s medical applications. For example: the prediction of whether a patient needs a pacemaker based on their echocardiogram of the heart in order to assist a doctor’s diagnosis.

Too many interests, too little time. I’m a fan of mindfulness and on my path to become a certified yoga teacher. (Because writing a thesis is not enough workload?! I don’t know what I was thinking). I guess I simply love keeping myself busy and expanding my knowledge and skills. To balance out the calm character of mindfulness and all the sitting in front of the computer, I’ve got some other, more adventurous hobbies:
I like traveling (like most people, probably) while experiencing nature and culture and I’m in love with some extreme sports such as scuba diving and adventure runs. The most runs I’ve done were with Tough Mudder, but I’d like to move on to longer and more difficult races after the pandemic.

What I like most about adventure runs is that community is more important than competitiveness. You’re usually running in a team and some obstacles are only conquerable if you work together, often even across teams. Besides that, adventure runs are a unique opportunity to test your physical and mental limits while having lots of fun.

But my life doesn’t always have to be so exciting: I’m always up for a round of board games or video games, I love taking care of my indoor jungle and love reading a good book.

What or who got you initially interested in coding and / or pursuing a career in STEM?

I’ve always been very keen on anything STEM related. As a kid, I rather watched a documentary than some entertaining series and have had my nose deep into all kinds of different books. Some of my peers or early teachers jokingly called me Hermione and I definitely had the matching hair and was an absolute nerd. None of that has really changed since then *laughs*.

When we finally had a computer with internet at home when I was around the age of 12, I built some homepages in HTML and PHP about my hobbies at that time. However, I always thought that I’d never want to spend my career in front of a computer. Despite my strong interest especially for biology, bioinformatics and most things related to the brain, I was simply afraid of even enrolling in a study program in a STEM field. So I opted for a Bachelor’s degree in linguistics because structures and patterns always came very naturally to me and fitted more the stereotype of my gender. I liked it and was at the top of my class but I felt like something was missing. I felt under-challenged and didn’t feel like staying in academia for the rest of my life.

While writing my Bachelor’s thesis with a focus on psycholinguistics, my supervisor at that time (who was kind of a mentor to me) mentioned a Master’s program that combines linguistics and programming. So I started learning Python in 2018 during my Master’s program and am now especially interested in medical applications of machine learning as well as the ethical aspects of artificial intelligence.

The horse race past the barn fell.

Did you have to read this sentence twice? Don’t worry, almost everyone who encounters this sentence for the first time has to. It’s a so-called garden path sentence, a grammatically correct sentence that makes your brain very likely build the wrong syntactic structure by being led on the proverbial garden path.

Psycholinguistics is a field that researches how the mind and brain acquire, process, use and produce languages. This contains language acquisition, like the first language you learn (usually) as a child or a second language when you’re past the so-called critical period around the age of 5-10 after which it becomes much harder to acquire a new language (- and we still don’t know for sure why that is exactly the case!). Psycholinguistic research also contains the loss of language (aphasia) after injury or other events or ostensible ambiguities like the mentioned garden path sentences. Psycholinguists usually work with non-invasive research methods like behavioral tasks, eye-tracking, EEG or MRI.

My work as a research assistant included the designing, coding, conducting and analyzing of eye-tracking experiments to investigate the language transfer from native speakers of English and Spanish when acquiring German after the critical period. By watching the eye movements of the study participants while reading sentences in their second language or solving tasks on a computer screen, you can make assumptions over how they produce language compared to native speakers and thus what the structural differences in their language acquisition and processing are.

Crash Course Linguistics has a nice introduction video to Psycholinguistics.

Do you think that we will be able to fully replace translators with AI?

Looking at the huge advances in computational linguistics during the past couple of years, I wouldn’t be surprised if we were shortly able to almost replace translators with AI.

You might have noticed that publicly available tools like Google Translator or the autocorrect function of your phone have become significantly better over the years. But since language is full of ambiguities and highly relies on context and regarding the amount of  discrepancies between certain languages, I think that we’ll still need proofreading for automatically translated texts for a while.

Most current automatic translators work by translating a text in language A into English before translating it to language B. Just this intermediate step can cause the automatic translator to lose a lot of valuable information. This might not be a problem for closely related languages like English, Dutch or German, but especially for minor languages that don’t have a lot in common with English. Next to that, there’s not only the translation of texts but also live translations like dolmetching and other, non-speech languages like sign languages that need translation.

There is still a lot of work to be done until translators could fully be replaced by AI, if that’s ever going to be the case.

Don’t be afraid of doing something new or asking questions. There’s no such thing as failure, there are only learning opportunities and everything will fall into place eventually. I’m in no way regretting where I currently am, but I would’ve made a lot of choices differently back then when I had the courage.

My aforementioned supervisor/mentor of my Bachelor’s thesis, Sol Lago. She took a big part in helping me build confidence in myself and taught me lots of new skills. When I applied for a student job as her research assistant and asked for her to be my supervisor for my thesis, she immediately took me under her wings since she saw a lot of herself in me. Both loving what we were doing and being prone to be workaholics, we spent a lot of time together working on her research (for which I conducted an experiment as part of my thesis).

At some point it almost felt like a sibling relationship more than a supervisor/supervisee one since she isn’t even that much older than me! She’s a brainiac and overachiever. And I mean that in the best way!

We left my home university about the same time and she’s now a professor at the Goethe University in Frankfurt. She’s doing research in psycholinguistics and is one of the strongest women I know. Without her, I wouldn’t have started learning Python or even considering applying for that Master’s program. We’re still in contact today.

Oh, so many. It’s hard to keep up if you find almost everything interesting! Maybe that’s why my current favorite podcast is “Ologies” by Alie Ward. Each week she uploads an interview with an expert in a field that ends in -ology. It’s super educative and entertaining at the same time and I can’t stop listening to it.

When we talk about women in tech specifically, I highly recommend the book The adventures of women in tech: How we got here and why we stay by Alana Karen. It’s a very inspiring book for which Alana has interviewed a wide range of women who are or used to be in tech and share their experience and advice. Very empowering!

What made you join the women.code(be) community?

When I was still living in Germany, I regularly joined the meetups  and workshops of the Chaos Computer Club Potsdam and the PyLadies Berlin. I’m a big fan of exchanging knowledge and skills and empowering each other. After moving to Ghent, I was on the look for something similar and women.code(be) was exactly what I was searching for: a super supportive community where we can benefit from each other, lift each other up but also become friends.

How could the tech industry be more inclusive for women and minorities?

Raising kids is work, taking care of a sick parent or partner is work. Acknowledge that work.

Also, diversity is very important, especially for avoiding bias in Machine Learning. Inclusivity is not nice to have, it’s a must have.

We hope you enjoyed Lisa’s interview, feel free to share this article with your network. ❤️

You can find Lisa on LinkedIn. 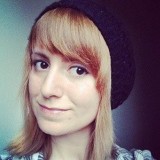